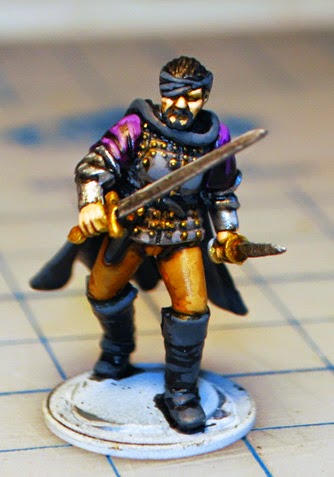 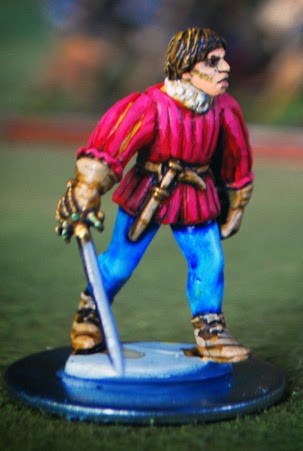 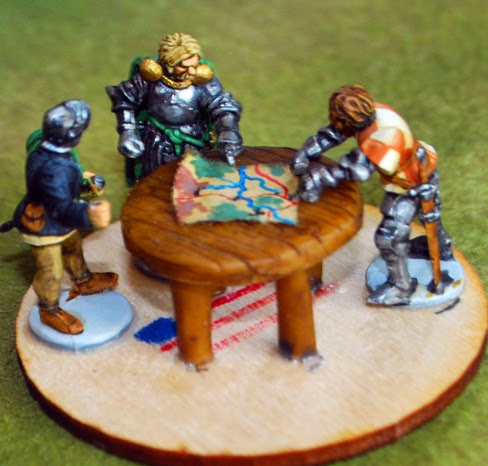 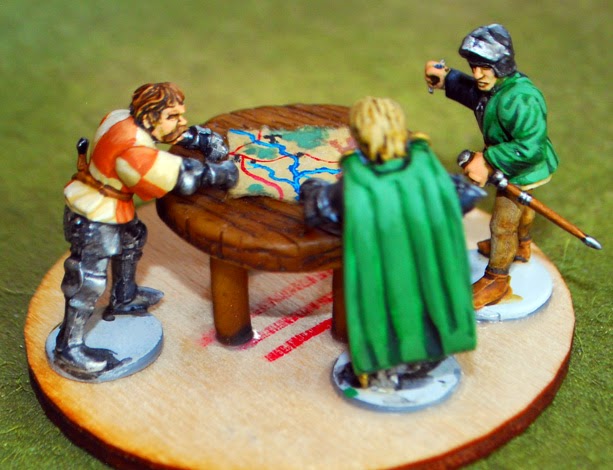 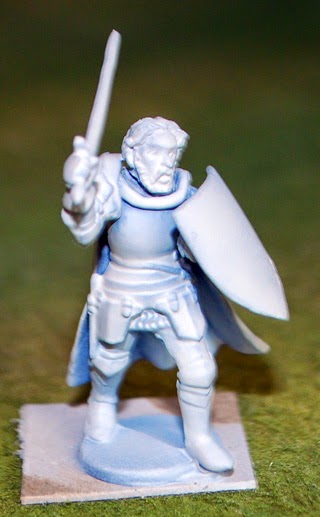 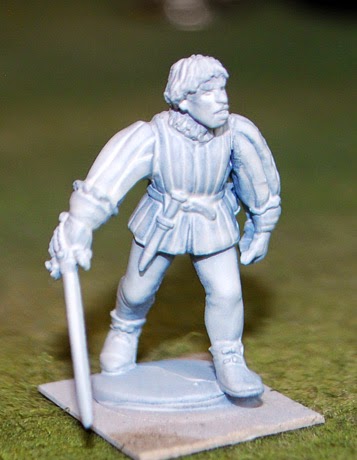 Painting will come soon enough!
Thanks for looking!
Posted by Felix Fox at 2:23 PM 7 comments: 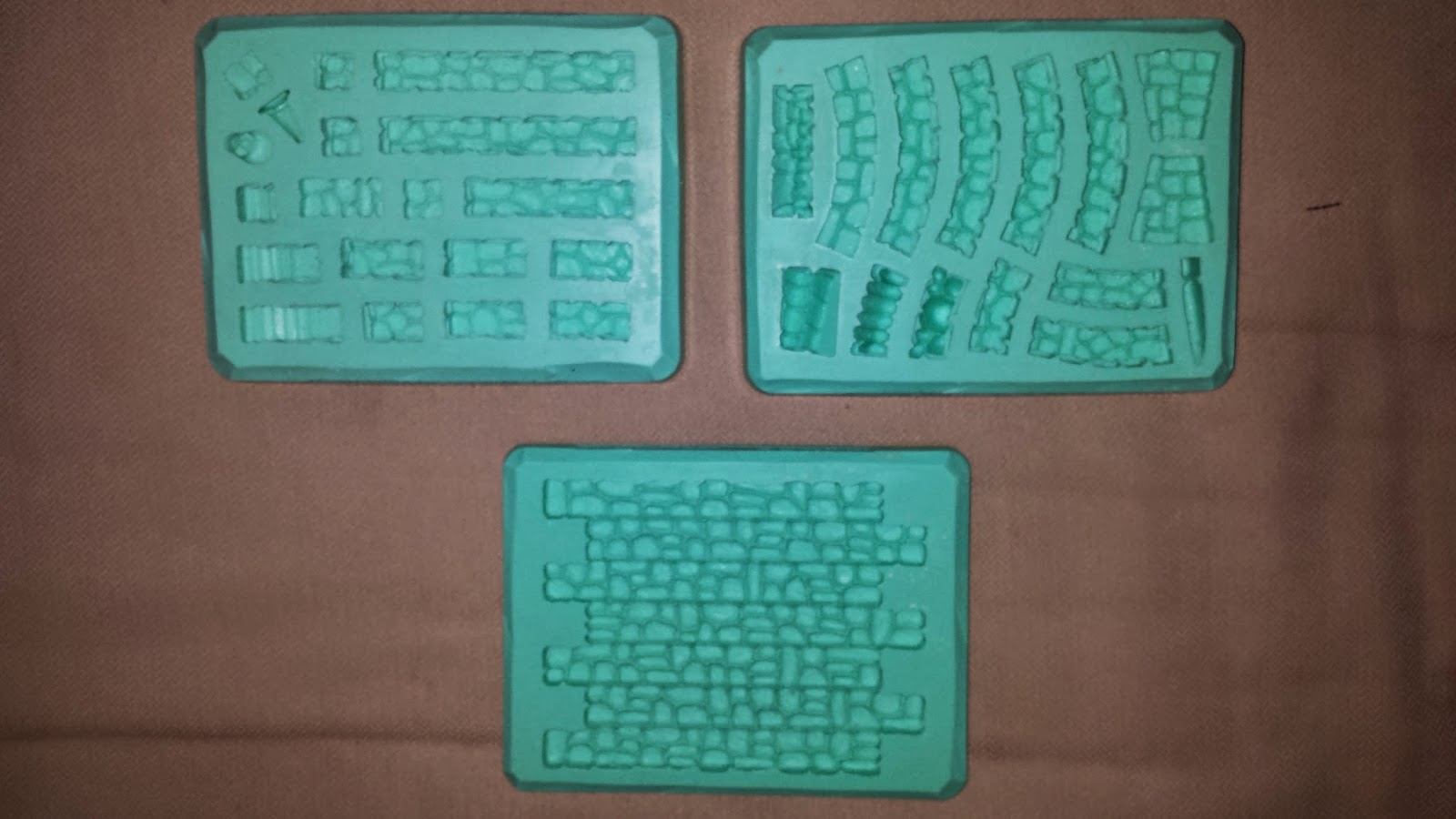 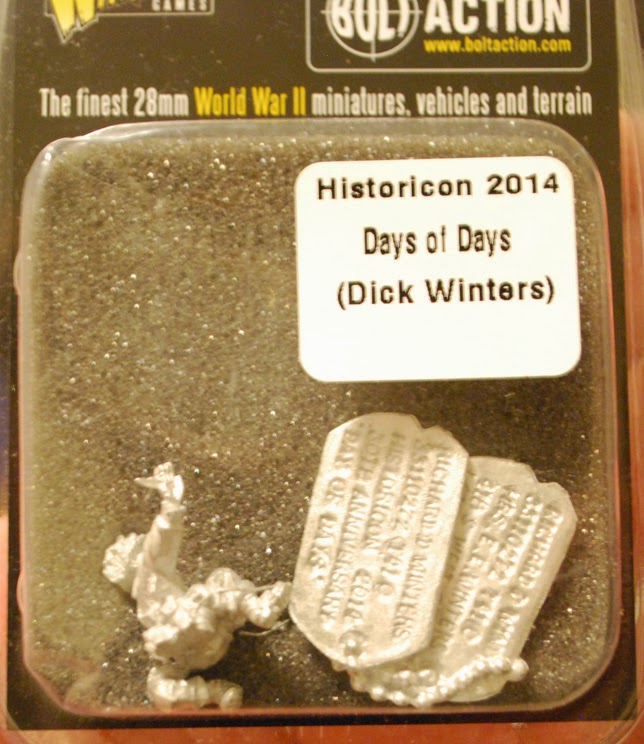 I have completed another command style stand for my A Song of Ice and Fire gaming experiences. Here we have the crafty and conninving Lord Edmynd of House Crownbeck. Their words (not featured on their banner) are "A Trickle Becomes a Torrent." 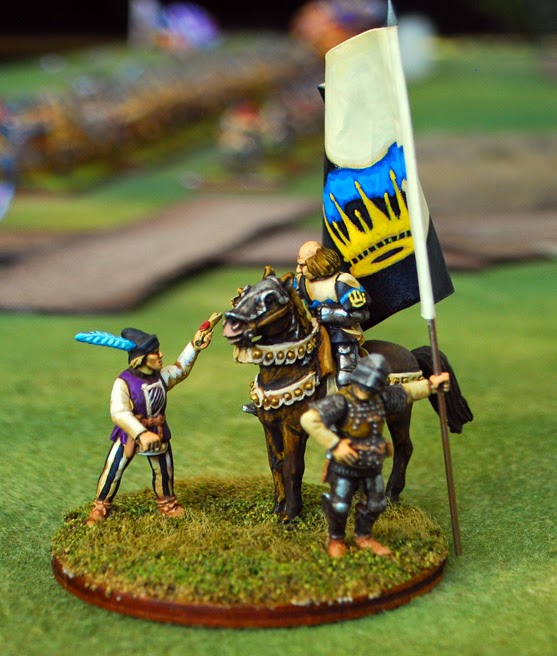 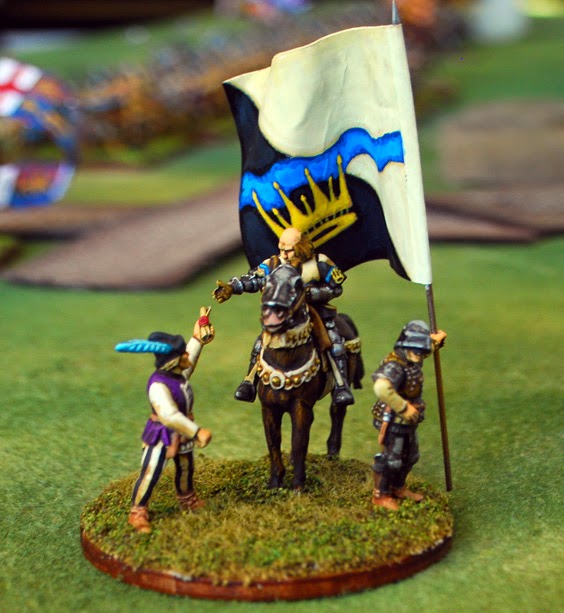 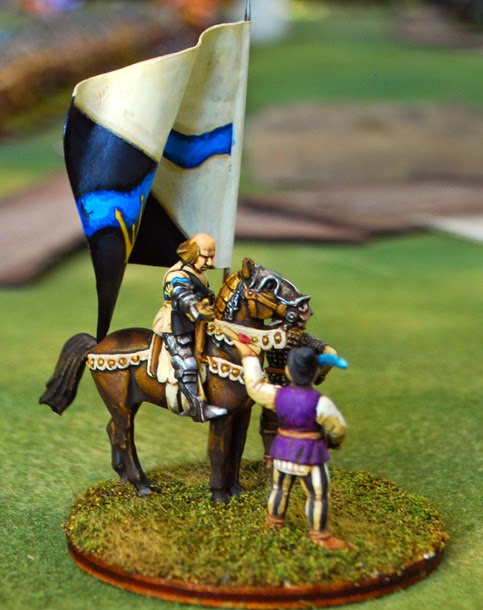 The figures are all Perry plastic WotR figures, with a few modifications. The head of Lord Edmynd is from a Warlord Games ECW plastic figure of which I had a sample sprue. The horse is a Perry metal. The missive and seal the herald is handing him is scratchbuilt from paper and greenstuff.


Also, here are a couple better shots of my Aegon the Conqueror figure that I was able to snap today. 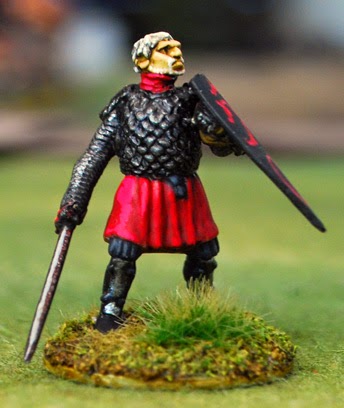 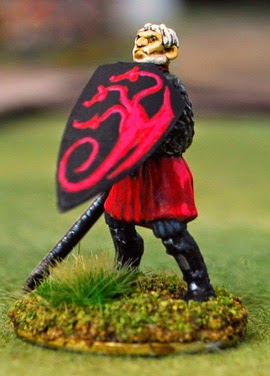 Here is the painted version of the figure I posted in the last post. I am not sure the photo is good enough; it was taken quickly and in not so good lighting. I will get a better one soon if I get the chance, but I wanted to share. 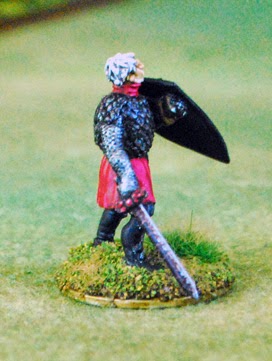 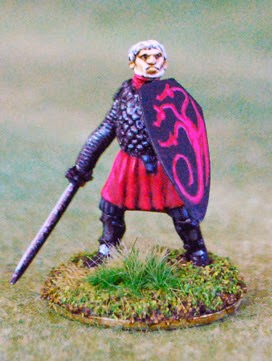 Thanks for looking! Enjoy!
Posted by Felix Fox at 2:12 PM 4 comments:

I just wanted to post up some quick pictures of a figure that is still unpainted but largely finished assembling.

This is meant to be Aegon I the Conqueror, who forged the Seven Kingdoms (okay, six) into one on the back of his dragon, Balerion the Black Dread.

The figure is from Fireforge's plastic Teutonic infantry set. I had to sculpt the scaled mail and turn the sword into the famous Valyrian steel blade Blackfyre, The head is from a Foundry Roman. I contemplated adding his crown, but decided against it. I will keep you posted on progress.

I may also decide to base him at the foot of a large black dragon that I already have. Decisions, decisions. 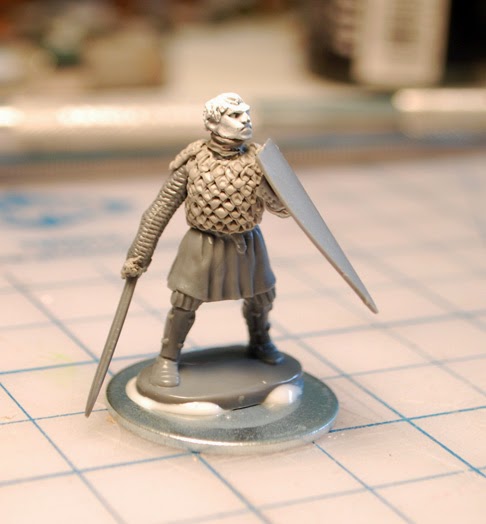 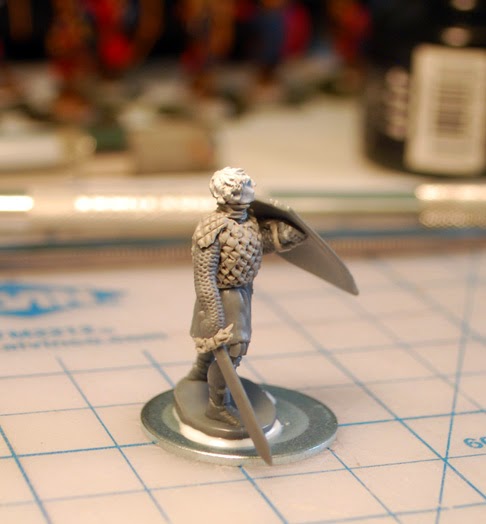 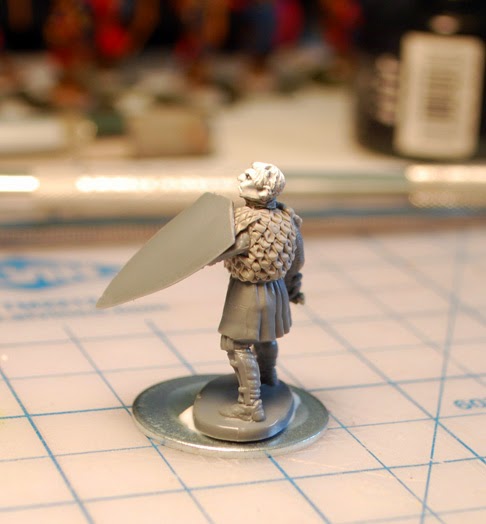 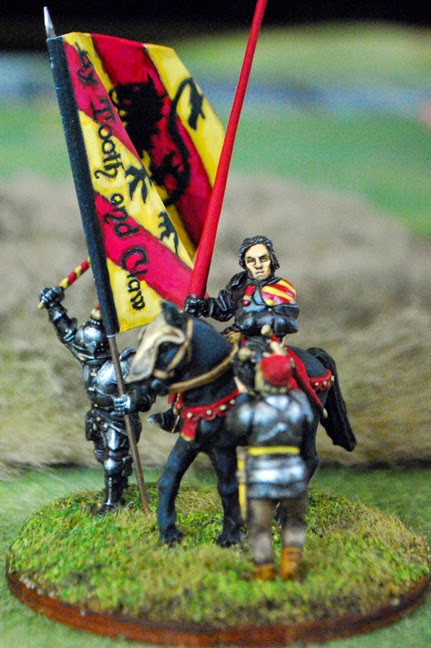 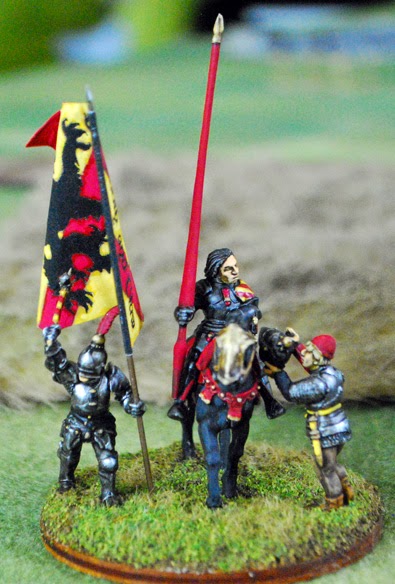 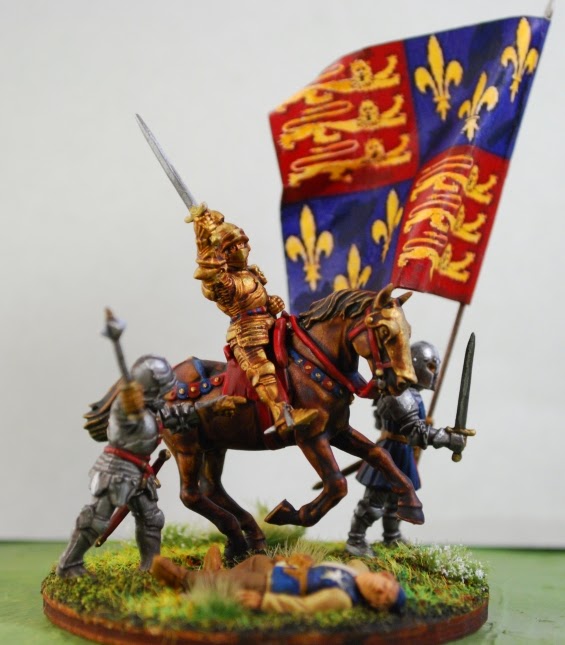